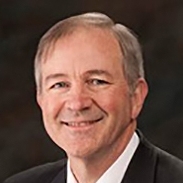 Alan Wade had a thirty-five-year career in the Central Intelligence Agency, where he latterly served as the Chief Information Officer, before his retirement in 2005. Prior to this role, Alan held a series of senior positions at the CIA, including the Director of Communications and Director of Security. Alan is a recipient of the National Intelligence Distinguished Service Medal, the Director’s Medal, and the Distinguished Intelligence Medal. He also serves on the boards of the Aerospace Corporation in El Segundo, CA, Professional Project Services in Oak Ridge, TN and Assyst Inc in Herndon, VA.