A new home front: the part we all play in a modern cyber war

Cyber warfare is increasingly being conducted outside of centralized military or government efforts. In Ukraine, without direct government supervision, thousands of private individuals and organizations are involving themselves in the cyber-war against Russia. Yurii Shchyhol is head of Ukraine’s State Service of Special Communications and Information Protection. Speaking to Politico, he commends a group of “more than 270,000 volunteers who are self-coordinating their efforts and who can decide, plan, and execute any strikes on the Russian cyber infrastructure without Ukraine getting involved in any shape or form.”

‘Hacktivists’ have existed since the 1990s, but the term seems ill-suited to the scale and approach Shchyhol is describing. They might instead be labelled an auxiliary cyber force, playing a supportive role in a larger military effort. Shchyhol himself calls them “an army”.

In the modern cyber landscape, anyone with a computer and a basic skill set can contribute to a war. Depending on who and perhaps where you are, this fact is inspiring, concerning, or a little of both. The challenge of distinguishing between official nation-state attacks and hacktivists raises certain issues, making it possible, for instance, for nation-states to conduct devastating attacks against critical national infrastructure from behind a mask of proxy criminal organizations. The ties between nation states and these organizations may be suspected, but any accusations are rarely confirmed.

The converse problem is seen when idealistic individual actors launch provocative attacks with the potential to stoke tensions between nation states. Recent DDoS and defacement attacks against Taiwanese government sites and businesses are largely being attributed to Chinese hacktivists, but with the perpetrators unidentified, these attacks remain a concerning question mark and do little to ameliorate sharply rising tensions. A spokesperson for Taiwan’s ruling party has already said in a statement that these attacks are “unilaterally raising the situation in the Taiwan Strait.” Official Taiwanese websites, like that of the Presidential Office, the Ministry of National Defense, and a municipal Environment Protection Bureau have all been targeted, the latter defaced with five Chinese national flags.

A spate of similar defacements preceded Russia’s February invasion of Ukraine, with more than a dozen Ukrainian national websites made to display threats like, “be afraid and expect the worst”. Once again, the perpetrators of this attack remained unconfirmed, with Ukrainian government institutions accusing the Russian Federation, and Russia denying all involvement. The degree to which modern war efforts can be influenced by – or concealed behind – individual threat actors is a new and disconcerting symptom of the modern cyber landscape. There are, however, more official ways in which cyber warfare has moved beyond government and military organizations as well.

Calling in a private cavalry

Just 15 months after it was opened by President Volodymyr Zelensky, the UA30 Cyber Center in Ukraine lies largely empty. It is located in an unsafe part of the war-torn country, and its operations have had to be moved elsewhere. In the time between its opening and Russia’s invasion in February, however, the center was able to host more than 100 cyber security training sessions. These sessions, which involved realistic cyber-attack simulations, hackathons, and other competitions, were attended by some military operators, but also by large numbers of civilian contractors and private sector representatives. Their attendance was part of an intentional and significant effort to involve the private sector in Ukraine’s cyber defense efforts.

Shchyhol explains, “a lot of private sector IT cyber security experts are either directly serving in the Armed Forces of Ukraine or my State Service or otherwise are indirectly involved in fighting against cyber-attacks.” This is the realization of the UA30 Cyber Center’s aim: using crucial assistance and expertise from the private sector in national cyber-defense efforts, and bolstering the security of those organizations on which Ukraine’s critical national infrastructure depends. As we have seen with attacks against Ukrainian telecom and internet providers, organizations operating the infrastructure which underpins a population’s daily life are often the first – and most appealing – targets for attackers looking to create disorder within a nation.

It is not only Ukraine’s own private sector which is lending a hand. International organizations like SpaceX and Amazon have contributed to Ukraine’s efforts by providing technology and infrastructure, as well as their own expertise and services. In its report on Early Lessons from the Cyber War, Microsoft suggests that “defense against a military invasion now requires for most countries the ability to disperse and distribute digital operations and data assets across borders and into other countries”. With cloud services provided by Amazon, Microsoft and others, and data now hosted across Europe, Ukraine is managing to do just that. Like its army of guerilla cyber-fighters, the involvement of private organizations is dispersing and bolstering Ukraine’s war effort.

Beyond these direct contributions, however, Shchyhol also notes those private sector organizations supporting the cyber-war “indirectly”. These indirect efforts have been a focus of US government statements on cyber security since the beginning of the conflict. A statement from President Biden in March read, “I urge our private sector partners to harden your cyber defenses immediately”, a message which has been repeated and reinforced by CISA.

The great responsibility which private organizations have for critical national infrastructure has been highlighted in attacks like that on Colonial Pipeline last year, but organizations in every industry can offer opportunities for nation-state attackers. When more organizations are sufficiently prepared for cyber-attacks, the nation as a whole becomes stronger.

In its report, Microsoft calls for “a common strategy” to thwart modern cyber-threats, which includes the need for greater public and private collaboration and advances in digital technology, Artificial Intelligence (AI), and data. By adopting stronger defenses, and employing well-suited emerging AI technologies, organizations can accelerate the detection and prevention of threats, and contribute to national security in the face of constantly developing international cyber-threats.

When cyber-attackers are provided with funding, coordination, and thorough threat security intelligence, they can create scores of never-before-seen attacks, which circumvent pre-established security rules and avoid detection. As attackers develop their approach, so must defenders - not just by employing the latest technologies, but by embracing the changes in defensive strategy which those technologies enable. Defenders need to pivot away from focusing on patterns and predictions, and concentrate on understanding the landscapes and ‘normal’ operations of their digital environments. With this approach they can harden attack paths, visualize their internet-facing attack surface, detect the smallest deviations from ‘normal’, and disrupt attackers before damage is done.

For private sector organizations, auxiliary cyber forces, and hacktivists alike, focusing on defensive rather than offensive action will be the surest way to win the battle and the war. 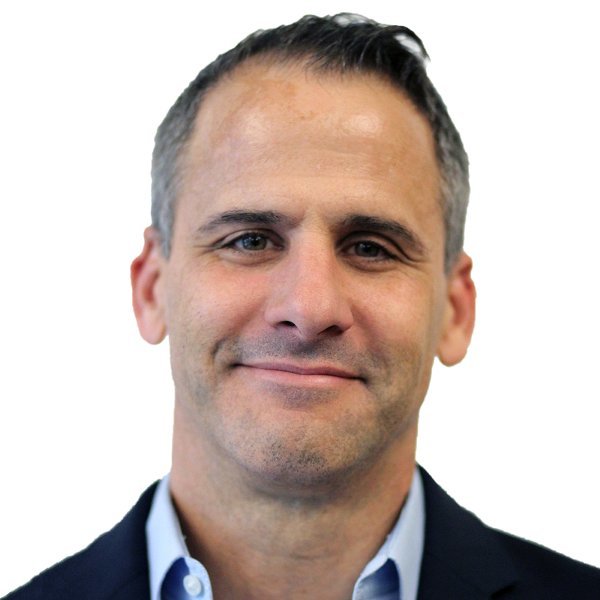 As SVP of Strategic Engagements and Threats, Marcus works closely with senior security leaders across industries on cyber security strategy and business resilience, including across Darktrace’s Federal Division. Marcus focuses his research and analysis around emerging and next generation cyber threats, trends, and conflicts. Prior to joining Darktrace in 2019, Marcus spent 15 years at the Central Intelligence Agency developing global cyber operations and technical strategies. He has led cyber efforts with various US Intelligence Community elements and global partners. Prior to serving at the CIA, Marcus was an officer in the United States Marine Corps. Marcus has an engineering degree from the United States Naval Academy and a Masters’ Degree in International Security Studies from The Fletcher School. He also completed Harvard Business School’s Executive Education Advanced Management Program.